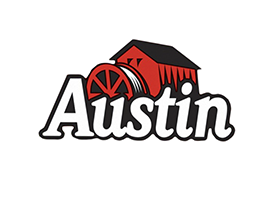 Austin is the nation’s largest producer of cracker sandwiches. However, a major part of its distribution has been to club stores and mass merchandisers where its profit margins are low. The company wanted to brand Austin in the supermarket channel where its share of market trails Frito-Lay, Keebler, and Lance.

Inside Insights Focus Groups were employed to uncover the hot buttons that lead to a consumer purchase. It was discovered that the strongest benefit that motivates consumer use of cracker sandwiches is the benefit of ending the hungries. The primary reason to choose cracker sandwiches over other snacks is to satisfy hunger cravings until a full meal can be enjoyed.

AQFI launched the first advertising and public relations program in its history in three test markets. On-pack promotions and end-aisle displays touted End the Hungries. Based on the results, Austin rolled out the program into the 15 markets having the highest proportionate consumption of cracker sandwiches.